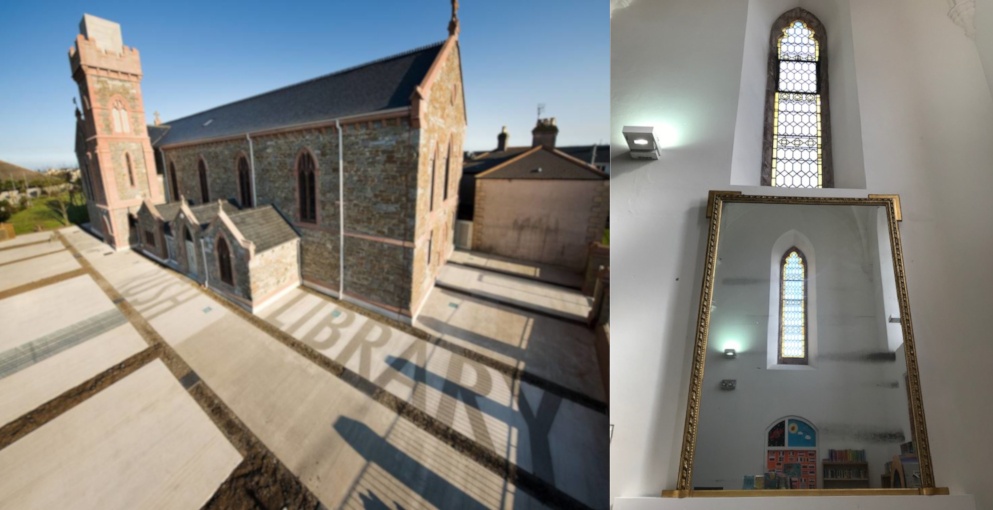 At the end of 2018, Maurice Ward Art Handling won a contract through a tender process, to deinstall and store a historically significant object, the Kenure Mirror, while maintenance work was carried out within the Rush Library building. We conducted as site visit to assess the location of the mirror, any equipment needed for deinstall as it was hanging at an elevated height and the general condition of the object. We realised that the mirror’s condition was not stable as the bottom of the carved gilt frame had rotted with the passing of time.

As always in these situations, where specific knowledge is required, we work with experts in their field. In this case, we reached out to antique & furniture restorer Thomas Lawlor and gilder Susan Mulhall. Our team of art handling technicians, de-installed the mirror with the upmost care and secured it into a travel frame (t-frame), which was made to the mirror’s specific dimensions. The mirror was then transported to the conservator’s studios where it was worked on for several months. Here are some details of what was involved in its restoration:

“In the studio we removed the gold paint very carefully, retaining a considerable amount of the original gilding; we modelled all replacement pieces – sanding, sealing, coating them with layers of gesso and Armenian bole. We then gilded and aged the replacement pieces and highlighted the original gilding to give an overall antiqued effect. We covered Thomas Lawlor’s replacement mirror feet with a coat of rabbit-skin size, 3 coats of gesso and 2 coats of Armenian bole blended to match the original bole on the mirror frame, before gilding them and blending them to match the rest of the mirror.” Susan Mulhall

When the conservation treatment was complete, again the mirror travelled in its t-frame, was stored in our Swords facility for a brief period and was reinstalled in the library in early 2020, where is hangs today.

Rush Library is one of 10 branch libraries in the Fingal County Libraries network. The library is now on the site of the former St. Maur’s Church. This religious space was deconsecrated and served as an arts centre until 2007. Later, Fingal County Council commissioned McCullough Mulvin Architects to transform it into a library and it opened to the public in 2010. Rush Library is now a modern, vibrant meeting space providing cultural, educational and recreational facilities for all within the community.

About the Kenure Mirror

This large overmantel mirror in a richly carved gilt frame is from one of the main reception rooms in Kenure House. It was acquired by St. Maur’s GAA club in the 1960s and was presented to Rush Library in 2010. Kenure House (home of the Palmer family) was a large, mid eighteenth-century house in the centre of Rush. In 1964 the estate was sold to the Irish Land Commission. The house was torn down in 1978 but the great Corinthian portico was left standing and can still be seen today. The Kenure Mirror is part of the estate’s heritage and can now be enjoyed by the public within the Library.

“We are delighted to have the recently restored Kenure Mirror back in Rush Library. We are very happy with the quality service and expertise that was demonstrated by Maurice Ward Art Handling while carrying out the conservation and restoration. The fragile mirror was handled with great care and sensitivity throughout.” Aoife O’Reilly, Librarian, Rush Library 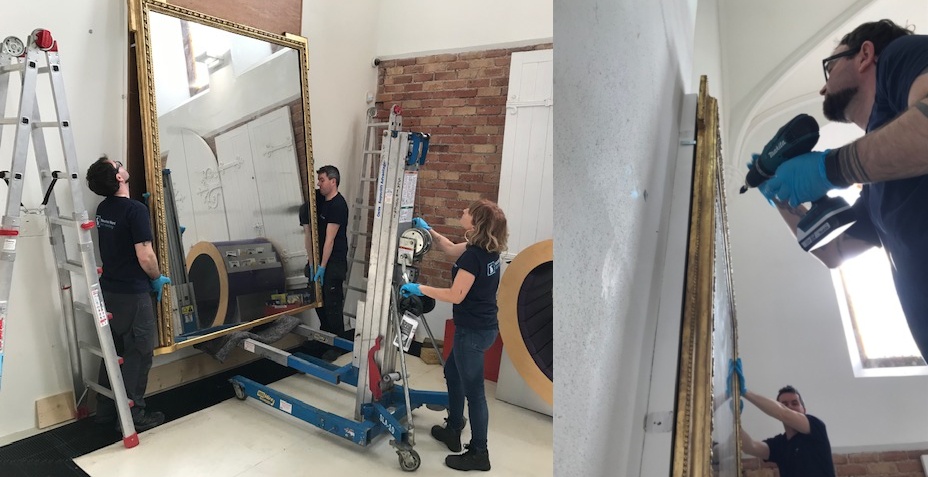