Women On Walls at RCSI

Eight new portraits of Irish women in healthcare were revealed in the Boardroom of the Royal College of Surgeons Ireland (RCSI) this week, just in time for International Women’s Day 2019.

In a special event, that included family members of these extraordinary women, the portraits were unveiled by the Minister of State for Higher Education Mary Mitchell O’Connor TD and RCSI President Mr Kenneth Mealy. Women on Walls at RCSI is an initiative in partnership with Accenture and project managed by Business to Arts. The objective of this campaign is to make women leaders visible through a series of commissioned portraits that will create a lasting cultural legacy for Ireland. Accenture’s Women on Walls began in 2016 with the Royal Irish Academy, RCSI joined in the initiative last year.

Maurice Ward Art Handling were delighted to be involved with Women on Walls at RCSI, through the storage, transport and installation of this significant commission. The eight portraits were stored in our temperature controlled facilities, and later securely transported and installed by our multi skilled team in the RCSI Boardroom.

Learn more about the Women on Walls at RCSI in partnership with Accenture by visiting women.rcsi.com and accenture.com/womenonwalls

Image caption: A portrait of Dr Barbara Maive Stokes by artist Catherine Creaney is carried up to the Boardroom in the Royal College of Surgeons Ireland (RCSI) by Maurice Ward Art Handling technicians. Photograph: Maxwell Photograph 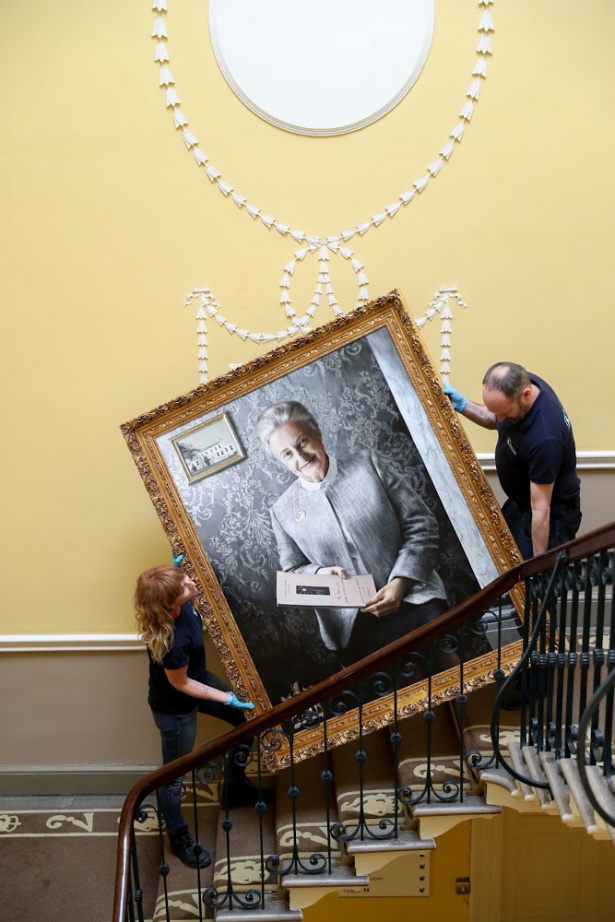